Boring , compounding , or is it?

I got this crazy (honestly .... if i find it a bit "siao" it should be quite siao la) idea that i've delayed over a year or two. Recent events such as my mum falling ill and the recent passing of my 大舅 (Mum's eldest bro) have helped cement the notion of going through with the idea.


THE IDEA in context? A family owned company which buys shares in listed companies with no or low debt and use the dividends to be reinvested together with additional capital contribution on a yearly basis.

I've attached a table below for viewing.  Assuming a yield of 5% P.A. from dividends , excluding capital appreciation , aga aga results are as shown below.


FYI , my extended family is big so can do it on such a scale if not each shareholder contribution has to be larger to obtain such results. 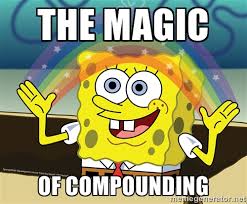 1) Chart too small don't blame me , zoom in , zoom zoom. Paiseh la , i IT. noob (I provided two snips which should help in understanding the table.)

2) This is based on $100 contribution per shareholder for 13Months! (Why 13 mths? Like working ma , need to have bonus! Kidding la , the 13th month contribution is for company expenses like admin fees ,brokerage fees, acra fees etc etc.)

4) No money can be taken out till year 51 ah , when the company can be disbanded lol , each shareholder should get back around $263,800-ish 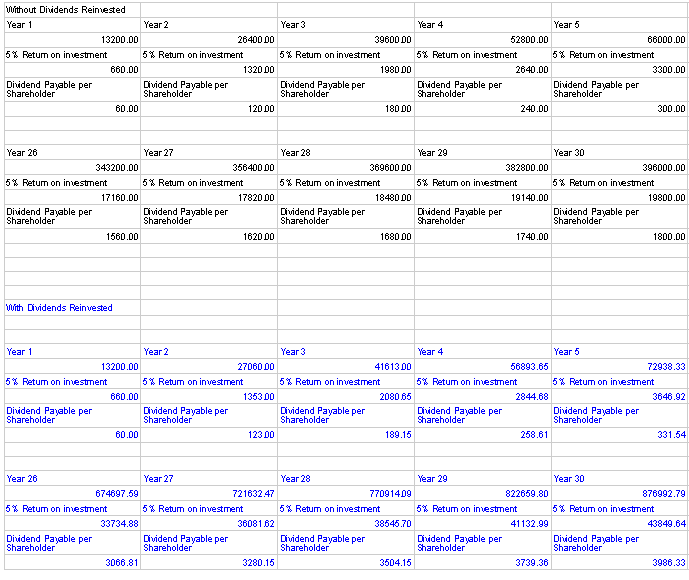 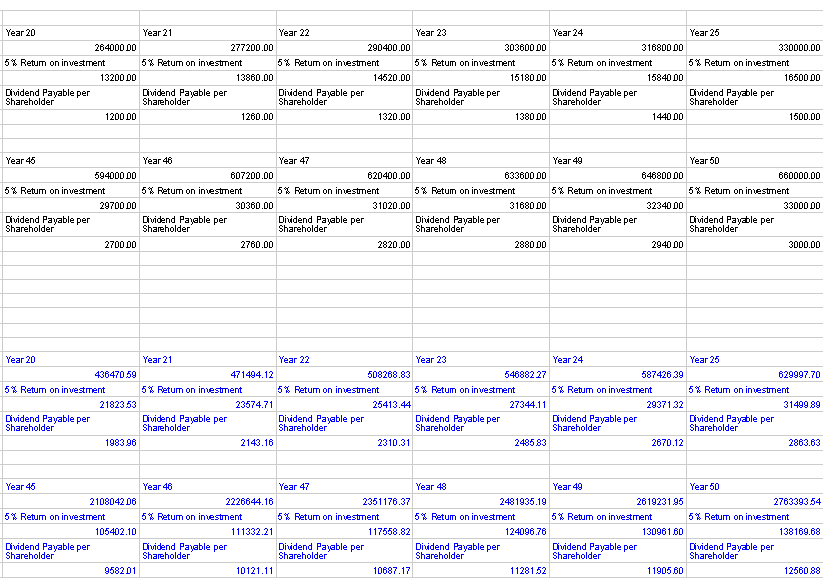 The aim of such a company is to provide a small safety net for my future descendants (if any) and if done properly , i guess we might end up as substantial shareholders of some listed companies LOL.


I told my mum this , and i'm gonna say it here also. This company is not for us , but for future generations when we all R.I.P liao , so that they won't eat grass.... eat ownself. It's a manageable and realistic amount to contribute especially if put on a monthly basis , provided all relatives (shareholders) can get along and the Managing Director(elected on a yearly basis via voting) does his or her job well , putting the company's best interests first.

I know some of you , if not most will say doing business with family is the hardest as conflicts if not resolved properly will lead to jialat consequences in future , but i always believed in one thing , that as a family , you will want the best for each other.

Oh ya , audio for y'all to listen to while figuring out the table.

Popular posts from this blog 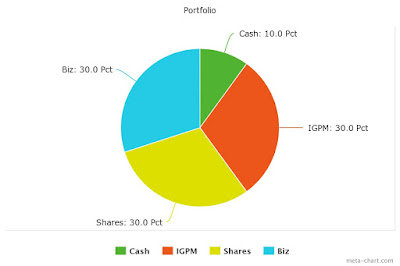 Good morning world :) Guess i had too much coffee for lunch yesterday , some fellow bloggers , ( The more experienced ones, i noobie ma , such as ASSI AK (Old Uncle AK71) , Invest Openly (Uncle Richard Ng) ,A Path To Forever Financial Freedom (3Fs , aka Brian Halim) , and many of the likes have revealed their holdings (what counters they bought etc.) . Ah boy did a small small pie chart on that when Uncle Rich did a web interview for me a while back , simple Q and As. I did a small pie chart to show my portfolio allocation and i think it's time to write a bit more on the stuff inside my small small portfolio , before that , let's check out the previous pie chart. Because i run a small business , it constitutes for 30% of my investments , Investment Grade Gold and Silver Bullion constitutes another 30% of my portfolio then ( NOTE: These IGPM can be converted to cash in 24hrs? So it's also Cash and Short Term Investment , macam those list co balance sheet u know?
Read more 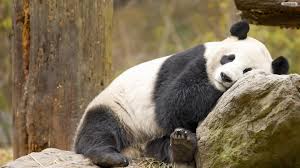 Yo ! Morning all I'm writing this short blog post as part of my insomnia routine. Kidding la , kidding. I just happen to be awake at this hour. So as most people know , usually as students , we get to undergo internships . I did my stint with a local sme . After ending the internship , the fine peeps over @ Xpresstuition made me an offer i couldn't refuse , as most of y'all might know , ah boy is pretty happy being a business owner and i kinda enjoy my current life lol.... so if you were to get me to be an employee that goes into office from 9 to 6 ..... i think i would go NUTS lol. Yeah , so when they offered me to head up their new business development department , i was pretty happy la (OK LA , I WAS PRETTY EXCITED lol , from intern getting promoted!! ) Ya la , long story cut short. The low down was that i'm exempted from going to office daily , and that i get to interview and form my own team. Good news was that management agreed. Problem was that i had no i
Read more

It's been a long time 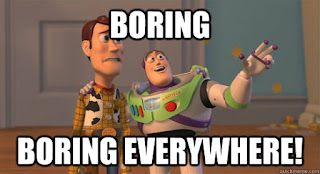 "It's been a loong day , *inserts lyrics to the tune of see you again* " Anyways , 好久不”见“！Of late i've gone on a short personal vacation where i've caught up with people i need to catch up with , cleared my backlog of work , and taken time to do some R&R , chill and drinks sessions with friends. I've got about an hour to kill before my dinner appointment , so might as well do a wrap up post and short portfolio update to remind myself for 2017 eh? Before posting the pie chart and prolly what's in my watchlist for the next year , i might just do a quick reflection of 2016 so far , i think the main takeaway point of this year came from a conversation i had with a friend a month back , when i was lamenting on my happiness level. I mean , from anyone's standpoint , my investment returns this year was decent by any standard lol , but i got bored during halfway this year when the market slowed , i was basically watching sgx on one screen and hk
Read more

Ken
I'm an oddball teen who has an avid interest in Biz . Financial Literacy Education (Finlit) , Investing, Precious metals is my game.